How do you celebrate the Year End Holidays?

This is such a special time of year for people from a wealth of different backgrounds, creeds and countries. As you pull out your treasured ornaments and decorations from your storage place, take some time to think about all of the different things the Christmas season means to people from all over the world:

A Spiritual Time for Christian Adults

Christmas, which is the second most important Christian holiday after Easter, celebrates the birth of Jesus in Jerusalem. Billions of people around the world celebrate on December 25th with mass, gifts and a feast for friends and family.

Lots of Toys for Girls and Boys

While this is an important religious holiday for many, it's also a hugely important social celebration. Religious or not, most Americans celebrate Christmas with giving, especially to the children in their lives. In some cases, the generosity is so big you need to find a place to store it all after the holidays are done! While Christian kids are educated on the spiritual meaning of the holiday, it's also a time for new toys, time off from school and seeing family from far away places.

The "good night," Christmas Eve, is celebrated in Hispanic households in place like Spain, the Philippines and Latin America. The celebration consists of a large family dinner. A roasted whole pig is often the centerpiece of this lavish meal. Tamales, lumpia, fried chicken and breads are also part of the meal depending on the family and the country where it's celebrated.

Eight Days and Nights of Hanukkah

Hanukkah celebrations have a lot in common with Christmas; gifts are given, candles are lit and the festival itself happens at around the same time of year. But, Hanukkah is actually a celebration of the strength of the Jewish faith. The menorah is symbolic of the lamps inside the Maccabee temple, which burned for eight days and nights despite having only enough oil for a single night.

Christmas takes its date and many of its symbols from the traditional Yule celebrations of Germanic peoples of Europe. Yule is celebrated on December 21, the longest night of the year. The holiday celebrates the return of the Sun God and the anticipation of shorter nights and the rebirth of spring. It's not known how many people celebrate Yule, but the U.S. Census says that 700,000 people in America consider themselves Wiccan or Pagan.

Creating and Celebrating the Good on Kwanzaa

Kwanzaa is a modern African and African American holiday that's celebrated by millions worldwide between December 26 and January 1st each year. The holiday was created to reaffirm and spread the positive values and traditions of African culture. Each day focuses on a different value. While most celebrants of Kwanzaa are African American, the holiday's creator invites others to participate and enjoy Kwanzaa's message of universal good will.

During the Soviet era, Christmas day celebrations were verboten. So, Russians simply transferred their festivities and many of the Christmas traditions, to New Year's Day. Children get a visit from Grandfather Frost, a Russian equivalent to Santa, who is accompanied by his granddaughter The Snow Girl. Families decorate a fir tree, then share meals that include champagne, herring and Russian salad. Friends and families exchange gifts. People go outside to build snowmen and light firecrackers at midnight. New Year's remains a public holiday, with most people taking January 1 through 5 off each year.

A Very Romantic Christmas in Japan

Japanese Christmas celebrations are not religious, but dedicated instead to spreading happiness and romance. On Christmas Eve, couples exchange gifts, much like Western ones do on Valentine's Day. Christmas cards and presents are exchanged and people head out to see the holiday lights. There's feasting, as well, but it's different from what you're used to. A meal of fried chicken is followed by a fruit cake that is made from a light sponge cake with strawberries on top.

No matter what you celebrate, this is the perfect time of year to enjoy some fellowship and warm feelings toward one another. Take a bit of time to enjoy the warmth and happiness of this winter holiday and to appreciate all the different ways we come together. 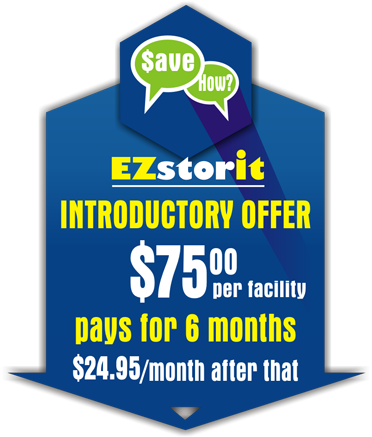